Looking through the (beer) glass: what the 2019 GABF tells us This past weekend, 283 breweries – just 12 percent of entries – brought at least one Great American Beer Festival (GABF) medal back to their brewery. More than 2,000 breweries walked out empty-handed. As the world’s largest commercial beer competition (and biggest GABF to date,) this annual festival shines a spotlight on where the beer industry is at, and where it is headed. Here are some surprising, and not-so-surprising, things we learned at the GABF this year.

Colorado is still a leader in the craft brewing industry

What that means to you: in this increasingly competitive industry, it’s imperative that you make sure your branding is strong and compelling, and your storytelling is captivating, drawing people to your beers and into your taprooms. Contact us to discuss how we can help.

Here’s a lesser-known, but still disappointing, fact: there was no gold award given in the historical beer category. Sadly, some of the small breweries that are making excellent historical beers just can’t afford to submit them for award consideration (this year, submission cost for two historical beers was $320 for Brewers Association members, and $770 for non-members.) In addition to that, many breweries are shifting toward the glitzy “glam” beers, like hazys and milkshakes, and away from recipes that have been around for hundreds of years, such as gruit or broyhans.

Other categories that were sadly missing medals include American-Style Wheat Beer (gold) and Emerging India Pale Ale (bronze). The possible causes? As the American palate turns towards MUCH hoppier beers, wheats have significantly declined in popularity in recent years, meaning less people are inclined to make wheats. As a result, there could be less competition for good wheats, causing judges to forgo awarding a wheat beer that is worthy of a gold. This was Emerging India Pale Ale’s first year as a category and with an already existing nine categories dedicated to IPAs, people may not feel as if their IPA is a new “emerging” style.

What that means to you: Winning a medal can launch you to a whole new level. Consider trying one of these styles, and invest in entering it/them for award consideration, as the competition may be relatively easy in one of these categories.

Sober Januarys, sober-curious folks, folks simply cutting back on alcohol consumption, and the rise in quality mocktails have all played a part in leading to the introduction of GABF’s newest category: nonalcoholic beer. These innovative beers by craft breweries ain’t your dad’s O’Doul’s. Two Roots Brewing Co. in San Diego took home the gold for “Enough Said N/A,” while Bravus Brewing Co. in Newport Beach, California took home both silver and bronze medals for its oatmeal stout and barrel-aged bourbon stout, respectively. For a more comprehensive list of the best non-alcoholic beers on the market, check out Esquire’s article here.

Though this category will likely only grow in future years, it was the least entered category in the competition with just 26 entries. For reference, the most popular category, hazy, received 348 entries. However, in 2018 when hazy was first introduced as a category it received a record 414 entries. Could the hype be slowing down for this trend beer?

What that means to you: With 30% of people in the U.S. aged 21 to 30 reporting they haven’t consumed a beer in the last month, providing sober alternatives is still an underdeveloped market, and the competition is still relatively easy.

With more than 4,000 thousand beers poured at the GABF, breweries do what they can to distinguish their offerings. (I loved that WeldWerks offered a taquito along with their taco gose pours!)

This also often results in nearly insane beer names. Some of my favorite wacky names were:

What that means to you: Crazy is cool, so think outside of the box!

Mark your calendar for next year’s GABF Sept. 24-26, 2020, as Denver will once again house one of the beer industry’s greatest events.

Liked this piece? Check out this blog: How to Market Your New Beer in Sour Times.
If you’d like help putting together a smart awards program, or learning how to improve your brewery’s messaging in order to stand out from the crowd, contact us at ROOT Marketing & PR.

Efforts that are Giving us Hope for the Future Every year, the new products and innovations launched at the Natural Products Expo West trade show in Anaheim, CA are a preview of what will soon appear on the shelves of your favorite grocery retailer. We're all so happy Expo is back after a two-year hiatus! These emerging trends will soon become your new favorite snacks and meal staples. Read on for a glimpse into the near future. 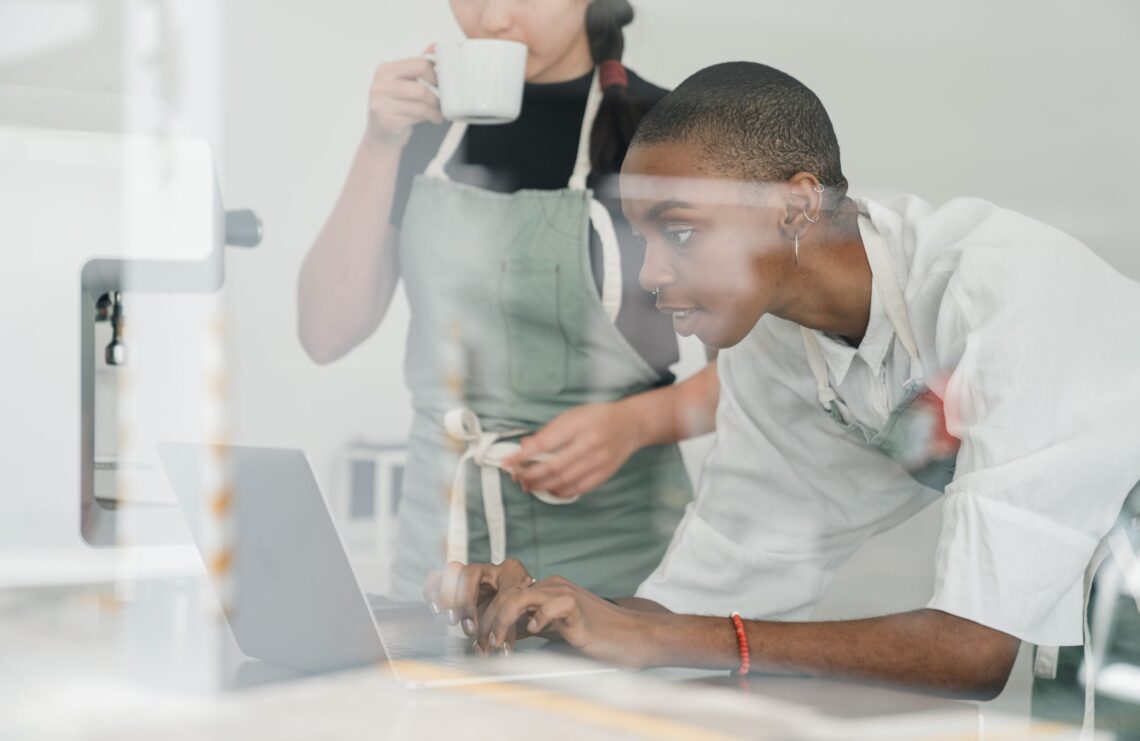 What you say and how you say it are the most important aspects of marketing. Why? Because marketing has the most impact when you make an emotional connection with the audience.

In the 🎄 Holiday Edition 🎄 of our newsletter

A huge thank you to everyone who came to our media

What are you waiting for?

For nearly two decades, Heather Collins has built effective marketing and communications strategies for food brands, restaurants, events, and organizations. In addition to working in the natural products industry, Collins has collaborated with culturally focused, purpose-driven organizations in art, film, food, and the literary arts. She has successfully steered communications for restaurant launches in Denver, Omaha and Maui. She has worked for top national brands such as the Aspen Institute, Alfalfa’s Markets, Udi’s Gluten-Free Foods, thinkThin, McDonald’s, Wild Oats Marketplace, the Boulder International Film Festival, the Denver Film Festival and the National Restaurant Association – to name a few.

Collins is passionate about being a part of the greater good that evokes positive change in our food systems, climate, education, and social initiatives that support healthy lifestyles. As a former TV reporter and news anchor in Nebraska, Heather gets to the message quickly while having fun.

In her spare time, Heather can be found hiking, skiing, traveling, writing, reading or in the kitchen creating heart-healthy, gluten-free dishes and recipes with her friends, family and community.

Senior PR Account Manager Emily Tracy has nearly a decade of experience in food, beverage and hospitality PR. Emily was drawn to PR from her desire to support the small businesses who create the foundation of strong communities. She creates and implements award-winning PR campaigns with a heavy focus on strategic media relations and compelling content.

After graduating from the University of North Carolina at Chapel Hill with a dual major in journalism (PR sequence) and political science, she was the lead content specialist and an account manager for a full-service communications firm in Atlanta. During her time there, she managed two PRSA winning campaigns, one in content marketing and one in crisis management.

Today, she’s fulfilling her dream in Colorado by representing some of the finest good food businesses in the U.S. and beyond, including The Plant Based Seafood Co., Savory Spice, Table22, Birdcall Motherlove Herbal Company, Boulder County Farmers Markets, Naturally Boulder and others. Alongside Kuvy, she earned two PRSA Colorado awards in 2021 for work on Boulder County Farms Market and ChefReady virtual kitchen.

When she’s not brainstorming strategy or honing in on media placement opportunities for her clients, she can be found camping, cheering on the Tar Heels, experimenting with new recipes and hanging with her cats.`

Her favorite healthy food to make is watermelon with a lime and fish sauce dressing, garnished with peanuts and basil.

Kuvy Ax is ROOT’s founder and owner. She’s been helping shine a spotlight on exceptional food and beverage companies and organizations for more than twenty years.

After a decade working in radio, newspaper and TV as a writer, announcer, producer and promoter, an obsession with good food prompted her to create ROOT Marketing & PR in 2001. ROOT is a seasoned and award-winning marketing, PR and branding firm defined by their downright devotion to good food – to those who grow it, make it, sell it and bring it to life – and by a shared passion for helping better brands thrive.

Kuvy is very active in the non-profit world, including serving as President of Pollination Planet, and as a board member of both Les Dames D’Escoffier and the World Food Travel Association. She has Co-Chaired Slow Food Boulder County, been a member of the CTO and Dept. of Agriculture’s Heritage & Agritourism Committee, and frequently volunteers her time supporting organizations such as the Flatirons Food Film Festival.

Josephine loves the challenge of conveying brands’ personalities and real-life passion through their social media channels.

Josephine entered the world of social media marketing while working with MerleFest, one of America’s most renowned and oldest Bluegrass music festivals. With a passion and ear for music, Josephine moved to Nashville, Tenn., and became a go-to social media marketer for local restaurants, renowned musicians, and the Nashville Public Library system. She specialized in event promotion for some of Nashville’s most beloved events, helping to draw crowds that exceeded 100,000. Josephine has also worked extensively in the media world, handling social media for publications like Ed Helms’ The Bluegrass Situation, Edible Nashville, Nashville Scene and the Nashville Post.

She left Music City in 2018 to become the Digital Marketing Manager at Lucky’s Market in Niwot, Colo, where she orchestrated social media strategy for more than 15 new store openings, strategically implemented all paid digital advertising, and taste-tested lots of tasty (and not-so-tasty) veggie chips.

These days, Josephine handles social media strategy for businesses of all sizes, as well as social media training to empower businesses to effectively handle their own social media. When she’s not hashtagging, she can be found cooking Indian food, doing yoga or watering her plants.

Kristine Root is a branding and marketing authority with over a decade of experience leading market research, positioning, brand development, and planning for food, beverage and wellness brands.

Kristine’s unique approach blends creativity and innovation allowing her to build holistic marketing plans that level up to business objectives and deliver measurable results. Her 14+ years of experience in marketing strategy and consumer insights is coupled with an unmistakable passion for delivering impact.

Having held positions in the agency and brand side, Kristine understands the complexity of marketing from both perspectives. She started her career at Whitney Morse, a prominent advertising and branding agency in Minneapolis, MN where she learned the ropes of brand strategy and the value of great design. Kristine was the co-founder of Purple Bamboo, lead the 200% growth initiative for Biodentist, and served as the Director of Business Development and Marketing for The Pineapple Agency — an experiential marketing agency focused on creating raving loyal fans for clients like Noosa Yoghurt, Outdoor Industry Association, Hansen’s Soda, and Under Armor.

After-hours, you will find her reading cookbooks and books on marketing strategy with equal vigor. She enjoys going to the market, playing with new recipe ideas, camping, biking, skiing, and practicing soccer skills with her family.

Her favorite healthy dish to make is grilled Colorado peaches with mascarpone and fresh mint. But you may want to ask her again tomorrow, she’s always trying something new.

Gianna is a recent college graduate from the University of Colorado in Boulder, where she majored in public relations and completed a minor in business. Prior to working at ROOT she held a marketing internship at Medicine Horse, a non-profit organization that enhances the mental health and life skills of people through therapeutic interaction with horses, where she did fundraising outreach and event coordination. As our admin and intern, Gianna manages ROOT’s social media accounts and creates our monthly newsletters.
Menu